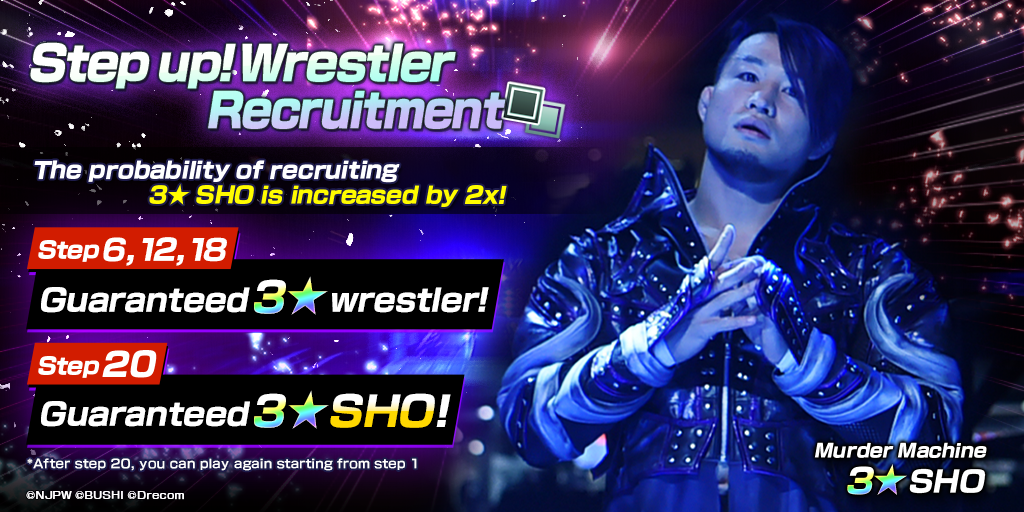 * The battle skill "＜DEF＞Ruthless" will be released when you reach Wrestler Lv.5.

This recruitment will also feature doubled rates of getting 3★ "SHO: Murder Machine" regardless of the step.
* For more detailed recruitment rate, see the recruitment details of the recruit.

Additionally, obtaining the Pieces for the featured wrestler 3★ "SHO: Murder Machine" will be easier in this recruitment!