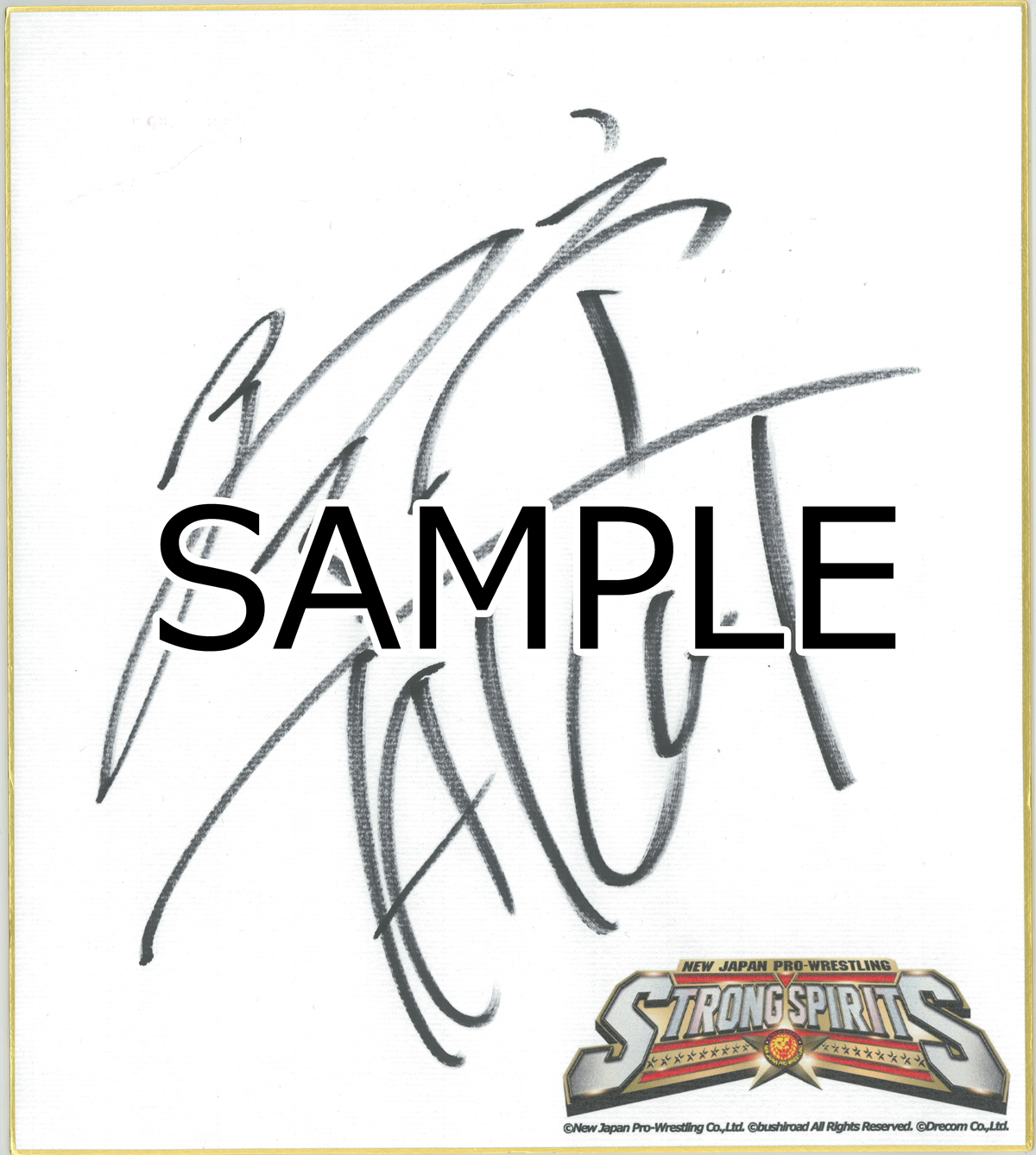 NJPW Strong Spirits Pre-registration double follow & RT campaign! #3 (henceforth: “The Campaign”) is a promotional campaign in conjunction with BushiRoad (henceforth The Company) and DreCom Company Ltd. to promote smartphone videogame app NJPW Strong Spirits (Henceforth “NJPW SS”) in which users follow both NJPW’s English Twitter account (@njpwglobal) and the NJPW SS English Twitter account (@njpwss_global) and retweet a campaign post for a chance to win a prize. Successful entrants  will be selected at random to win an autograph board featuring the NJPW SS logo signed by Taichi. Participation in The Campaign is pursuant to the below terms and conditions, and participation is tacit agreement to same.

Users participate in The Campaign by following the Twitter accounts @njpwglobal and @njpwss_global and retweeting the relevant campaign tweet.

Participants in The Campaign must follow both @njpwglobal and @njpwss_global accounts. Winners will be notified via DM, and if winners are not following both accounts when DMs are sent by The Company, their selection will become invalid.

For questions and support regarding this campaign, email njpwss_cp_support@bushimo.jp

and use the subject line NJPW STRONG SPIRITS Campaign Queries.

Entries will be rendered invalid if any of the below apply