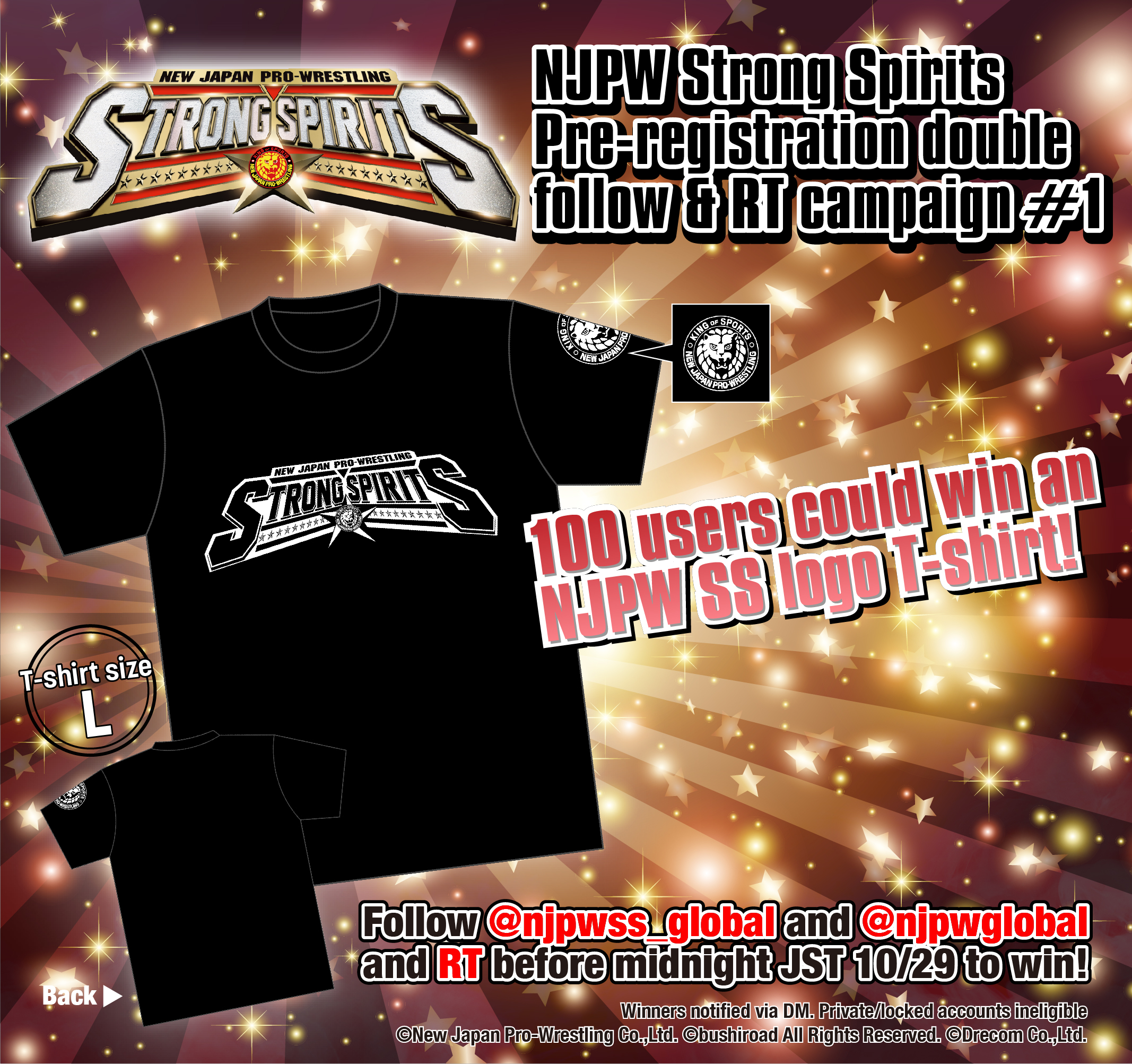 *Following both Twitter accounts is a requirement. If a participant is not following both accounts when retweeting the post, or at the point of selection for a prize, or if they are unavailable for contact via Direct Message, their participation will be invalidated.

*Private/locked accounts will not be eligible for prize selction. We appreciate your understanding.

*One entry per person. Multiple account usage is prohibited. Should the Company determine that one entrant has used multiple accounts to participate, all entries will be invalidated.

*Participation is limited to following and retweeting. There are no other means to participate in the campaign.

※One entry per person. Multiple account usage is prohibited. Should the Company determine that one entrant has used multiple accounts to participate, all entries will be invalidated.

■For queries/support regarding the Campaign

・Winners will be notified via Twitter Direct Message. There will be no public announcement of winning entries.

・After the Campaign ends and before the end of November 2021, winning entrants will receive aDM from the @njpwss_global account with a winning entrant number and a link to a form where relevant information for prize shipping can be entered.

・Please be careful to avoid any inaccuracies when completing this form as it could result in prizesbeing unable to be delivered and invalidation of your entry.

・Winning entrants will be required to enter their Twitter ID on the form. Please be aware that changing your Twitter ID before completing the form will result in you beign unable to claim your prize.

※If an entrant is unable to provide relevant details by the deadline listed in their Direct Message,their entry could be invalidated.

※One entry per person. If the Company determines that a duplicate account was used to win the prize, even after being contacted via Direct Message, their entry will be invalidated.

※Campaign prizes are not for resale or exchange.

※Winners contacted via Direct Message, with no public annoucnement. Requests for results via email or other means will not be responded to.

※If an entrant shares the winning entry form link with another user, their entry will be invalidated.

※Shipping schedule of the prize, and the prize itself is subject to change without notice.

・If an entrant is unable to provide relevant details by the deadline listed in their Direct Message,their entry will be invalidated.

・This Campaign is not operated or recognised by Twitter.

・Campaign particulars, including prizes are subject to change or cancellation due to unforeseen circumstances.

・Participants burden any charges (such as data fees) connected to taking part in the Campaign.

・The Company will accept no responsibility for losses or damages related to cancellation of, or alterations to, the Campaign.

・The Company accepts no responsilbity for any troubles or issues incurred by entrants through their participation in the Campaign.

・The Company accepts no responsibility for users being unable to participate in the campaign due to Twitter maintenance, login or connection issues.

【User entries will be invalidated if any of the following apply】

・Entries that infringe on the personal or intellectual property rights of any third party, that are defamatory or invasive to third party privacy, in contrvention of any laws or ordinancies, or considered for any other reason to be unacceptable by the Company.

・Entries that defame a third party or company, including goods or products by said company, entried that include discriminatory language, that are liable to cause offense to a party or parties, or otherwise are socially unacceptable or inappropriate as judged by the Company.

・Promotion, advertisement or otherise considered to conduct or solicit business.

・Disclosure of personal information, including, but not limited to, names, addresses and phone numbers.

・Entries perceived to promote websites or to be conducted with the trade of goods.

・Entries that hinder the Campaign’s operation or harm the reputation of Campaign management.

・Infringement on intellectual property rights of individuals or characters.

・Entries that are defamatory toward individuals, businesses or promotions, or infringe on privacyin any way.

・Entries deemed to violate any of the rules as outlined above and judged by the Company.

・Entried deemed by the Company to be inappropriate or unacceptable for any reason aside from the abovementioned.

※Any element of the Campaign, including schedule and prizes, is subject to change without notice. We appreciate your understanding.

Bushiroad Company Ltd. will collect personal information from winning Campaign entrants for the sole pupose of contacting and delivering prizes to those entrants.

When absolutely necessary, said personal information may be shared, in whole or in part, with third parties in order to fulfil these tasks. In such an event, third parties will handle said information with the utmost of care and under careful supervision.

Personal information will not be shared or distributed for any other reason, unless given entrant consent.