Thank you to the many users who participated in "NJPWSS's BEST OF THE SUPER Jr. 2022".

We present a video of each player's match and the championship match between the block representatives! 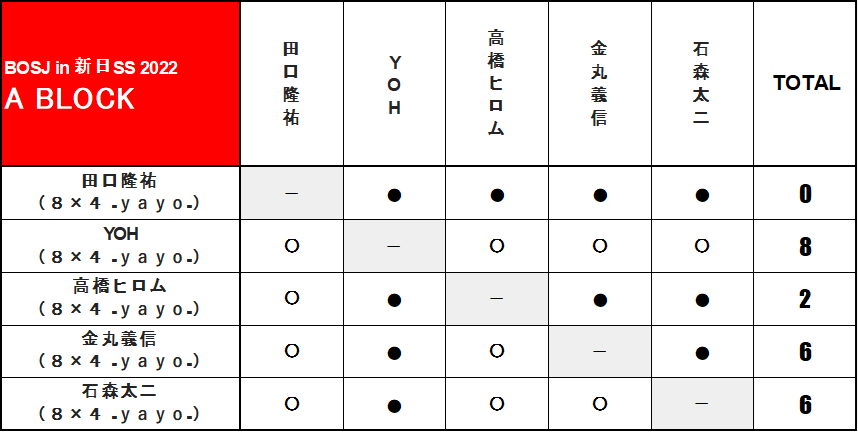 You can view the final results of the rankings at the following link.

*You can enter the ranking for all wrestlers of the Block you joined.
*The final result is to be updated on June 02 JST.
*If the user name is considered inappropriate, such as containing (but not limited to) harmful names to other users, political message, sexual context, and any other inappropriate for public display will be changed to the default name "Player".
*User name at the time of the ranking will be used for being displayed on the ranking result.

*The ranking is scheduled to update on the following (time is subject to change):

[To users not listed in the rankings]
- Have you already entered the event through the in-game notice? If not, you will not be eligible for this event.