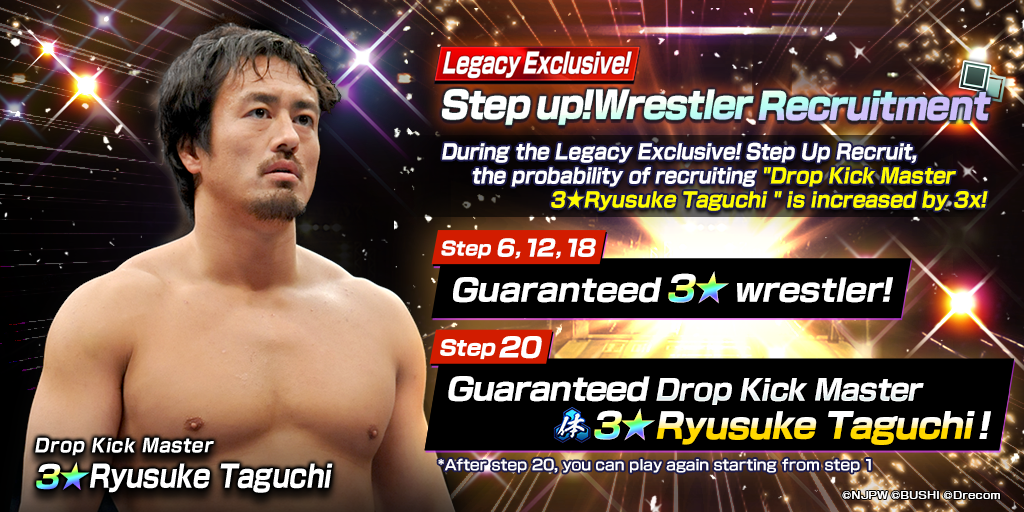 * The battle skill "Drop Kick Master" will be released when you reach Wrestler Lv.3.

This recruitment will also feature trebled rates of getting "Ryusuke Taguchi: Drop Kick Master" regardless of the step.
Previous Legacy exclusive wrestlers are also back with the probability of recruiting them increased by 1.5x!
*For more detailed recruitment rate, see the recruitment details of the recruit.